How Fortnite Makes Your Son Aggressive 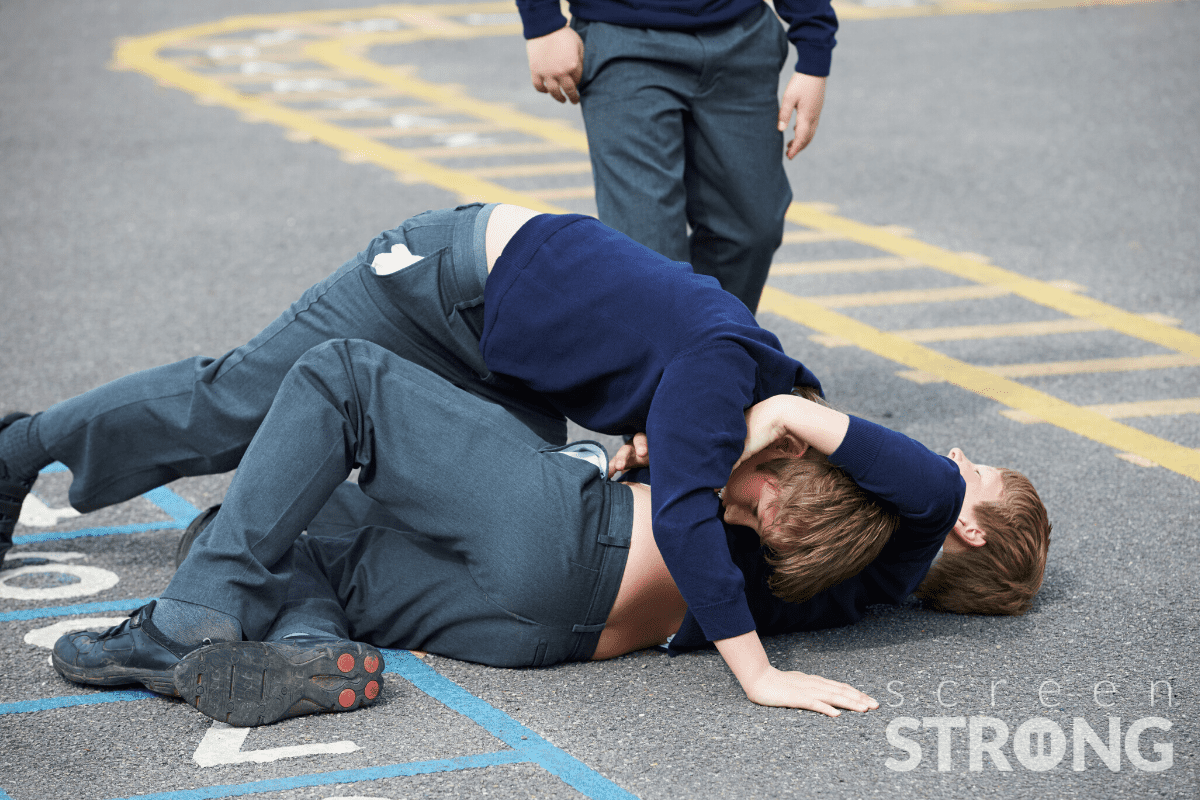 How Fortnite Makes Your Son Aggressive

Three reasons his “harmless game” may be making him mean.

Note: This piece was written with boys in mind, however, girls have struggles with video games too.

I allowed my oldest to play over 7,000 hours of violent video games before he went to college—an average of 3 hours a day for 7 years. I believed the rumors that he was learning problem-solving skills, he was safe at home, and I vaguely recalled something about improving hand-eye coordination. I refused to be one of those parents who freaked out over the violence in his game; after all, he did have straight A’s in school and he deserved some downtime. Sometimes he did get angry, throw the controller, and have temper outbursts when he was forced off. So, we solved that problem and never forced him off. I still thought he would grow out of this phase until he dropped out of college due to his addiction. I never paid attention to the game ratings because, honestly, I could never keep up with what he was playing anyway.

But how is this harmful?

It is marketed as a cartoon style game without virtual blood, complete with cute dances and costumes/skins. One mom explained it to me like “Call of Duty for little kids.” But Fortnite is not for little kids. The official rating for Fortnite is T for Teen, meaning no one under 13 should even play. Don’t let the cartoon claim fool you. The American Academy of Pediatrics says that viewing cartoon violence has the same negative effect as viewing real violence since kids’ brains interpret all violence the same.

The nature of the violence in Fortnite is the crux of the problem. The objective of the game is to be the last person alive to kill every other player in the game until you are the last person standing (Battle Royale). In Fortnite everyone is the enemy, there are no friends, and the killing is frenetic and random. Not only is Fortnite not a team-player game, it’s the worst game to play from a collaborative aspect as the goal is to try and kill your best friend to win. A child is self-centered by nature and is only concerned about keeping himself alive. This is not good for developing empathy.

Regardless of the specific problems with the violent theme of Fortnite, here are three aggressive cognitions that Dr. Doug Gentile uses to explain how aggression increases when your child plays any violent video game:

Hostile Attribution Bias. This bias attributes hostile motives to other people’s actions. Games like Fortniteform this bias easily because the gamer is trying not to be killed by his opponent. In other words, he is playing defense. He is on high alert and is motivated to win at all costs. How does this play out in the physical world? He is being programmed to believe other people are out to get him in real life, like they are in the game. Someone could accidentally bump into him at school, he overreacts and hits them because he feels threatened. He has a reputation for being over-reactive or having a quick temper. At home, you may notice how he overpowers younger siblings and explodes when his game is interrupted. Studies show that heavy gamers get into more fights at school.

Normative beliefs about aggression. It’s normal, preferable, and acceptable to act aggressively in the video game. When your child plays Fortnite, he is expected to act aggressively and kill people. And if not, he will be killed and lose the game. The game normalizes aggression under provocation. Aggressive acts are reinforced through rewards in his game by points, weapons, and treasures. In the real world, he is programmed to think: “If you hit me, then I hit you back.”

Aggressive fantasies. This is the act of spending time thinking and obsessing about how much you want to hurt other people. Your son is practicing aggressive fantasies when he thinks about playing, talks about killing other players, and watches other kids play video games (ie. YouTube or in person). As he spends more hours on the game and the obsession grows, he becomes more immersed in the violent acts of the game. Video games, like other simulators, are excellent teachers because of their inherent intermittent reward systems and detachment from reality. No child is immune to the aggression lessons taught in a violent game. If they practice aggression by playing the game, they will learn it because that is what the brain does. Every branch of the US military understands this. They know the power of video game simulators which is why they use them for training soldiers.

Fortnite in the Real World

When provoked in real life, your child will resort to his first instinct—the one he has spent the most time practicing. The more hours your son logs on violent video games the more he’ll be affected by the violence. Because of this, the more aggressive he’ll become as the line between the virtual and physical worlds starts to blur.

Sit down and watch the next time you let your son play Fortnite. Watch a full game and think about how the game is teaching him aggression and desensitization to violence. Perhaps it’s time to rethink all the game time your kids are investing in violent games and replace that time with more balanced, pro-social activities.

Because of our experience with our oldest, we have a game-free home now for our younger two boys. We decided that if they ever needed to learn how to play Fortnite, it would only take them a few hours to learn, not 7,000. As for the problem solving and hand-eye coordination, we have found that focusing on in-person social activities and baseball are superior to a  video game. Gather support from some like-minded families and take a different path. For help replacing violent gaming hours with more productive hobbies and life skills, take our ScreenStrongChallenge.

Melanie Hempe, BSN, is the founder and executive director of ScreenStrong, a national nonprofit organization that offers a countercultural approach to eliminate childhood screen dependency, but one that just might save your kids. Melanie has developed cutting-edge programs that empower parents to pause video games and social media for kids and teens through late adolescence. Her three books can be found on Amazon: Will Your Gamer Survive College?, Can Your Teen Survive—and Thrive—Without a Smartphone? and The ScreenStrong Solution: How to free your child from addictive screen habits.

ScreenStrong is committed to rescuing this screen-driven generation, one family at a time.

For reference: Dr. Douglas Gentile’s research on the Effects of Media